While working out our plans before we left I made sure to input some rest days so we didn’t over do it in the parks and put a dampener on the holiday, not that I’m sure the words dampener and Disney go together.

Sunday 23rd was one if these rest days, and it ended up having some kind of plan added. We had agreed while at The Boardwalk to attend a DVC (Disney Vacation Club) talk and that was arranged for this morning. We were picked up in a DVC minibus from the entrance to our hotel and from there we went to Saratoga Springs resort. The driver was friendly, talking about the resort and why he liked Disney so much, not just as parks and hotels but also as a company to work for, it was really interesting. 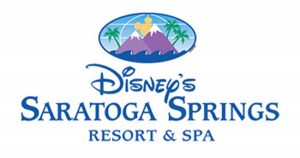 At Saratoga Springs we were taken to the DVC convention centre where were were offered tea and snacks before going to a private room ready to hear all about DVC. Donny our DVC guide was really friendly and helpful, not at all a pushy salesman. We were shown videos of the different resorts DVC own, not just in Florida, and information about timeshare companies they work with.

DVC is a points based scheme, you spend points on hotel stays. Initially you chose how many points you want to sign up, we were recommended to get a minimum of 100 if we chose to sign up, these would equate to two weeks at the soon to be opened Disney Riviera Resort every two years for the next 50 years. The resort they are currently selling points for is the Riviera Resort which opens in December on land that used to be part of Caribbean Beach Resort. After going over what benefits there are to DVC Donny took us to look at their show rooms. We were shown the studio and one bed apartment firstly for Copper Creek, we were then shown the equivalent rooms for Riviera Resort. We were blown away at how nice they were, they really were exceptional. Once we had seen the rooms Donny took us back to go over numbers, and unlike pushy salesman he went through what finance options they offered but said we could get better finance in the UK so if we wanted him to send us the pack to look at when we got home he would and if we decided we wanted to go ahead details on how to and when by would be in the pack, so that is what we agreed to do.

While waiting for our driver back to our resort, they happily take you nowhere you want to go on Disney property, we were taken to the ice cream parlour where we were given free ice cream. We were asked to confirm our email address and had a $50 gift voucher ($25 each) emailed over that we could use anywhere on Disney property, we were also given 3 fastpasses each that we could use on most rides that accept fastpasses, there were some exclusions, namely the newer most popular rides but that was fine with us. Our driver for the return was again friendly, talked about what he liked and asked us what we thought of what we had seen.

In total we were probably out for about 2 hours, this includes the travel time, what impressed us most about DVC was every Cast Member we spoke to about it was a DVC member and said it was the best thing they had ever done, it was clear they were genuine about it as well.

We had a very lazy afternoon reading and relaxing and decided to go off properly for dinner so we headed to Denny’s on the 192, the waitress was friendly, they had a really good menu selection and the food was really nice. Once we had eaten we went to Walmart to stock up on room supplies, which at 9pm on a Sunday night was packed out, queues were about 20 deep which thankfully went down pretty quickly. Being able to go to the Supermarket 24/7 was a novelty as we don’t get to do that here in the UK because of the Sunday trading laws. While it was convenient being able to shop whenever you liked I do quite like the few restrictions we have here.