This week Walt Disney World have announced the opening date for the Disney Skyliner Transportation System. This new mode of transport will start running on 29th September 2019.

While in Florida on our holiday we saw a few of the gondolas both stationary and on test runs and we both thought they looked amazing. The Skyliner gondolas hold 10 people, bench’s on both sides of the gondola hold 5 people each. 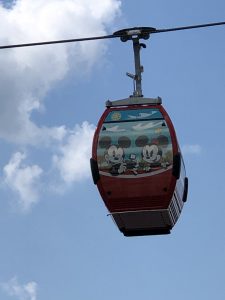 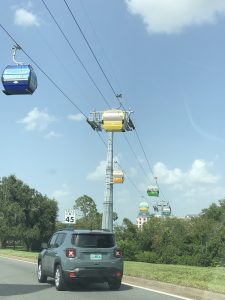 While some of the gondolas are a plain colour, some of them are decorated with our favourite characters from the Disney vaults. These include our favourite Mice, Mickey Mouse and Minnie Mouse, some favourite rides, The Haunted Mansion and Pirates of the Caribbean, Pixar, Monster Inc and Finding Dory, and Lastly Star Wars and Guardians of the Galaxy.